I am sharing my communication with Fibaro Support as fair warning to anyone buying an Fibaro RGBW 2 module.

I am running 2x HC2 on the latest firmware 4.600. You need to be running 4.600 otherwise there are even more bugs that I experienced on earlier versions, namely 4.560.

If I come across anything else I'll update this post.

Broken Associations:
It appears that associations "break" after a short period of time.
Given associations did not appear to be working, I wrote a LUA scene to control groups of lights together, however it has failed to work in all scenarios.
When I press and hold the switch the colour does not sync with the "slave" RGBW 2 modules until about 6 seconds later. The result of a 6 second delay is very consistent and reproducible.
Looking at the Zniffer output:
However and here is the big however, The colour report is coming back about 6 seconds later ie. 15.466 (key released) vs 21.084 (colour report) and therein lies the problem..... a 6 second delay to sync the colour of lights via LUA

I tested 2x different Fibaro RGBW 1 and they communicate in a different way. They send a "Color Switch Set" and guess what... it happens in about 160-250 milliseconds for the first report and then if you look at the second report together, they take no longer than about 300 to 450 milliseconds.
This type of performance is perfectly adequate for controlling groups of lights via scenes, but 6 seconds is not.
The RGBW 2 device does not appear to have been implemented well on yet another front.
Summary of issues / feature requests (for what it's worth):
1. Associations
Bug1: Associations do not consistently work. They seem to work for a while after a while they break.
What does break mean? So far, I have tested that the colour keeps being sent from the master, but the brightness stops being sent.
Despite any attempts, I have not been able to reproduce the original situation where the association was working. I wanted to watch Zniffer to see if anything happens when it changes to not working. Instead all I can see now in Zniffer is that the colour is sent to the "slave" device and that's about it. The slave device does not ever get a brightness setting anymore, so this is broken as you can never turn a slave on or off via a wall switch. You can only change its colour.
Bug 2: It takes far too long to set associations. On other modules, association updates from the BUI are sent to the device in seconds. With the RGBW 2 it takes minutes, as in 3-4 minutes when I have almost no other network traffic. There is something wrong here.
Bug 3: I have to click 2, sometimes 3 or 4 times on the save button before the association updates actually saves and the device window reloads.
Bug 4: While associations are being updated for a device the zwave network seems to be locked up. Maybe this is what always happens with association updates, but usually the updated happen in a few seconds. When it takes many minutes, the impact is noticeable.
Question: Ok, what is going on here? When I associate to an RGBW 2 module, 2 devices are also automatically selected for the association. In the image below you can see that the master device and the next device is selected. These are effectively the two devices before the actual end-user device. This did not happen on other modules. Even with the dimmer 2 module, which has a remote, only 1 other device was automatically ticked. Can you confirm that this is the expected behaviour?

- There are constant errors appearing "application rejected request". I have never seen these errors before. 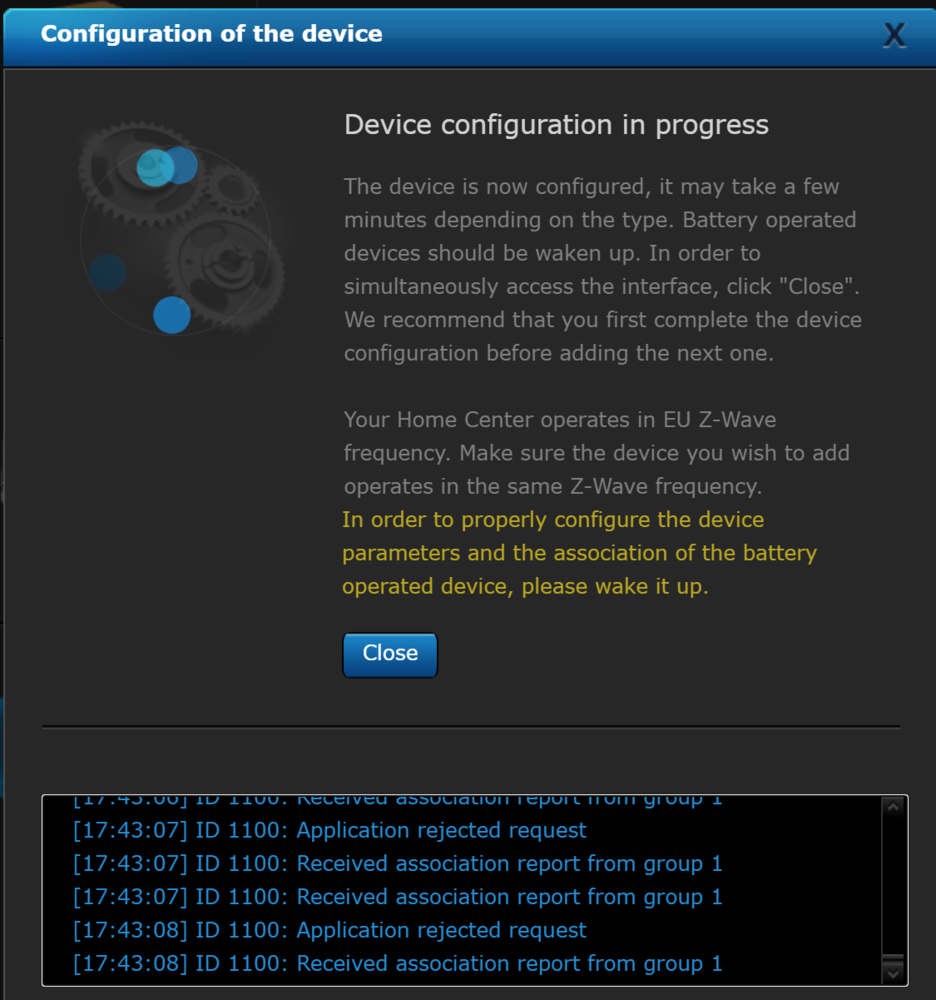 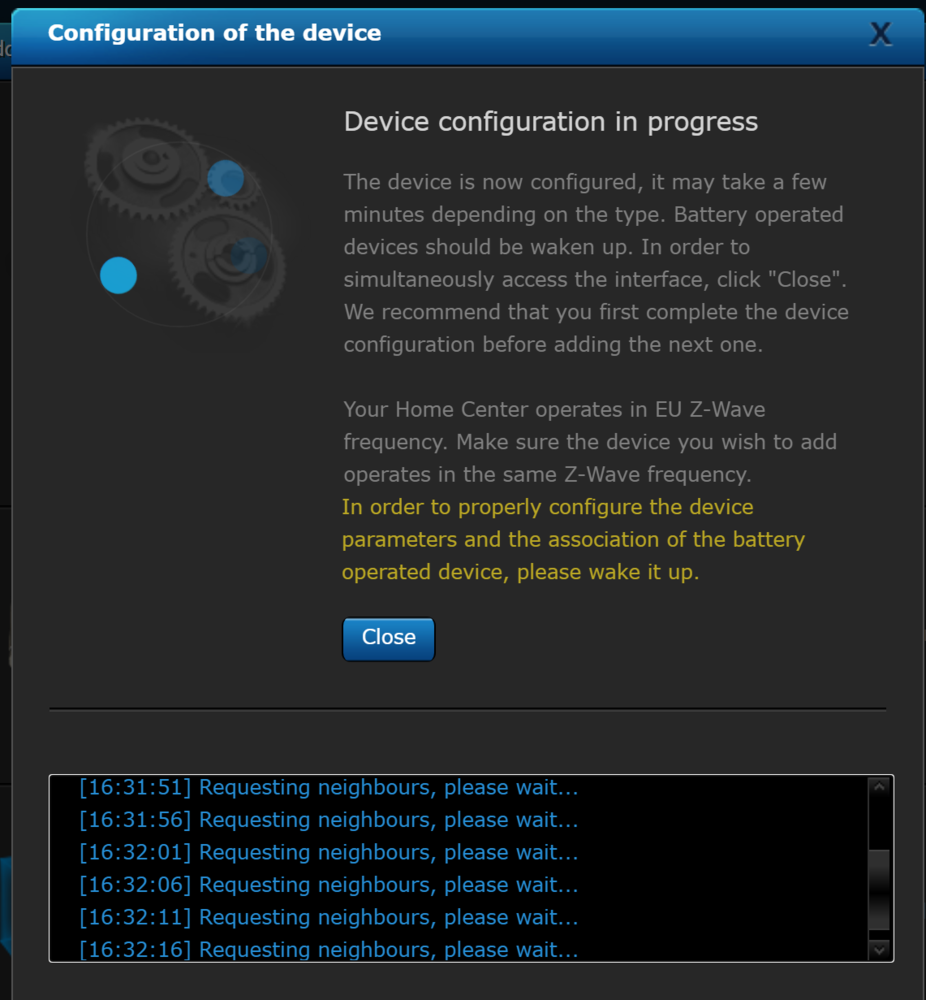 EDIT 28.7.2020 - API BUGS
EDIT:30.7.2020 -  Fibaro support cannot reproduce the following errors, so I'd take my conclusions with a pinch of salt for now. It may just be me and how I am doing it.
I'll continue testing and revert with an update when I get a chance
I have found more potential bugs. I say potential, as this is the first time I've used the /docs functionality, after @10der made me aware of their existence.  Thank you @10der. Again!
Bug A.1?
I found what looks like a bug. Maybe I'm doing it wrong.
When I test out the API/docs for my HC2, like this: 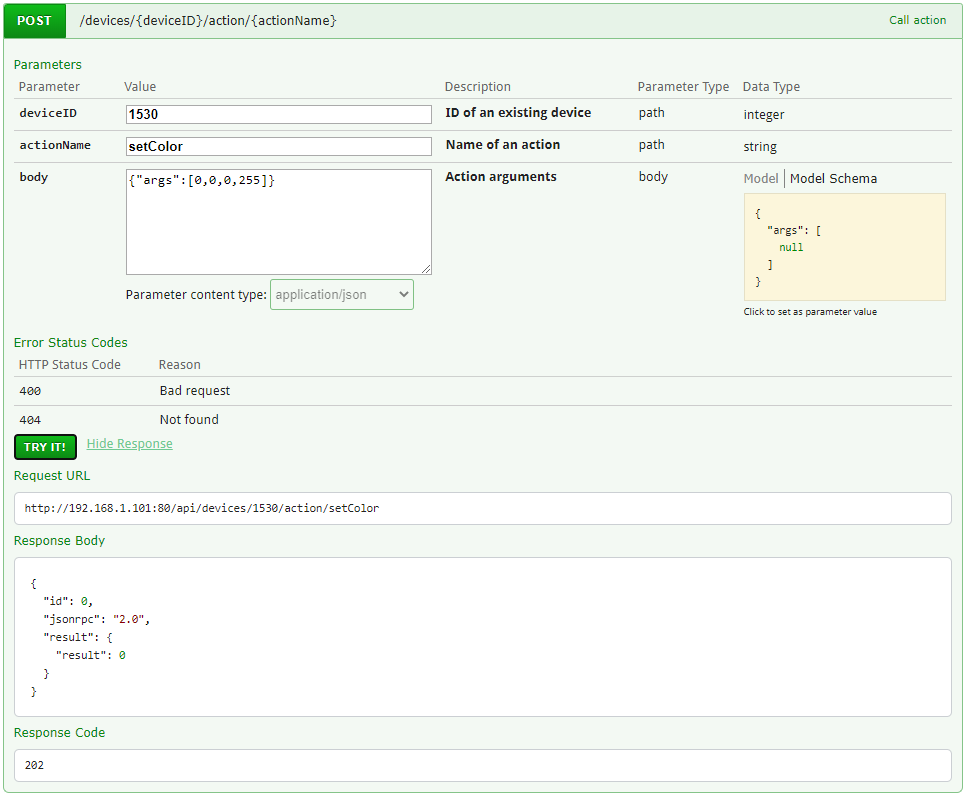 I raised a ticket with Fibaro Support some time ago. They have confirmed all of the issues I have raised, barring the API issues for which I have not received any reply.

I have been advised that a GIRA project has been raised which means someone will look into it. Unfortunately I do not know what "IT" is exactly.

I have invested, literally days of my life on this one topic. I would be grateful if I was kept abreast of the remediation process and especially as to which features will be fixed, so I can plan ahead.

As always, I'm happy to chat further on any of the points raised with Support, however my most recent emails have gone unanswered.

In case you are migrating from RGBW1 to RGBW2 you also might want to read this post so you know what you are getting yourself into...

One of the big differences for me is that you have to triple click on the device to include (as in, you can't include from a wall switch anymore). I wasted many hours figuring this out and assuming the first 2x modules I bought from ebay were duds, when in fact they were not. On a positive note, inclusion is a charm with the RGBW2 modules. You only have to triple click once and sit and wait and it works EVERY time. What a change. What a relief.

Pity about the rest.

5 answers to this question