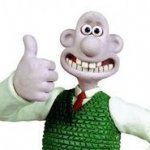 I have a number of Danfoss LC-13 valves around the house, together with a Secure SSR302 to turn the boiler on and off.  The Danfoss valves are controlled by the Heating Panels, and I also have a Fibaro multi-sensor in each room.  I've noticed from a number of posts on the forum that there are other people with the same or similar setup, and need a scene to control the boiler switch.  The idea being that if any room needs heat, then the boiler will be turned on, and once all the rooms have reached the required temperature, then the boiler will be turned off.

Modify the device id for the Secure SSR302 (or whatever device is used to control the boiler) here:

This is used to build in some hysteresis into the system to prevent the boiler from being switched on and off too frequently.  The boiler won't switch on until the temperature has dropped below the target temperature by this value or more.

The scene is triggered by a global 'timer' variable to run every 5 minutes.  There are a number of timer scenes on the forum, but this is the scene that I use.

You should also change your Danfoss valves so that the Wake Up Interval is 300 seconds.  I find that this doesn't have a detrimental effect on the battery but allows the devices to respond more quickly to the temperature change requests.

The scene works off the temperature sensor and thermostat that have been defined in your Room settings, so ensure that these are correct:

Other types of boiler switch might not use the 'mode' property to determine whether they are on or off.  Consequently, the following line may need to be changed, for example to use the 'value' property instead of 'mode':

Note that there is a school of thought that boilers should be left on all the time even if there aren't any rooms that require the heat, and that the boiler's control logic will detect this and modulate the water temperature accordingly.  I don't necessarily uphold this view, but then I'm not a heating engineer either, so I'm happy to be persuaded either way.  In my case, I believe that my condensing boiler operates most efficiently when there is a 20C difference between the output and input water temperatures, and as a result it needs the radiators to be drawing heat from the system.  I also have radiators that aren't controlled by Danfoss valves (bathrooms and other small rooms), and I don't want to be heating them all the time, wasting energy.  After all, the whole point of the Danfoss valves is to avoid having to heat rooms that you're not using, and thereby save some money.  Maybe the more intelligent boilers that can regulate the water temperature according to the system's needs and outside temperature operate differently, and as a result more efficiently, and can be left on all the time.  The general opinion, in the UK at least, appears to be that the heating should be turned off if not needed.  Just my tuppence worth, but I know that views like this can be contentious so please don't shoot me down in flames.

As another side topic, it looks as though the new Fibaro TRVs are far superior to the Danfoss TRVs with the built in algorithms and the ability to cooperate with another sensor in the room.  They should certainly avoid a lot of the problems that we get with the Danfoss valves.  Pity I can't justify replacing them.

The scene can fail if a non-thermostat or non-thermometer device is selected in the room properties.  Additional checks have been added to ensure that the device has the correct properties.

You may only provide a review once you have downloaded the file.